When things don’t go to plan... 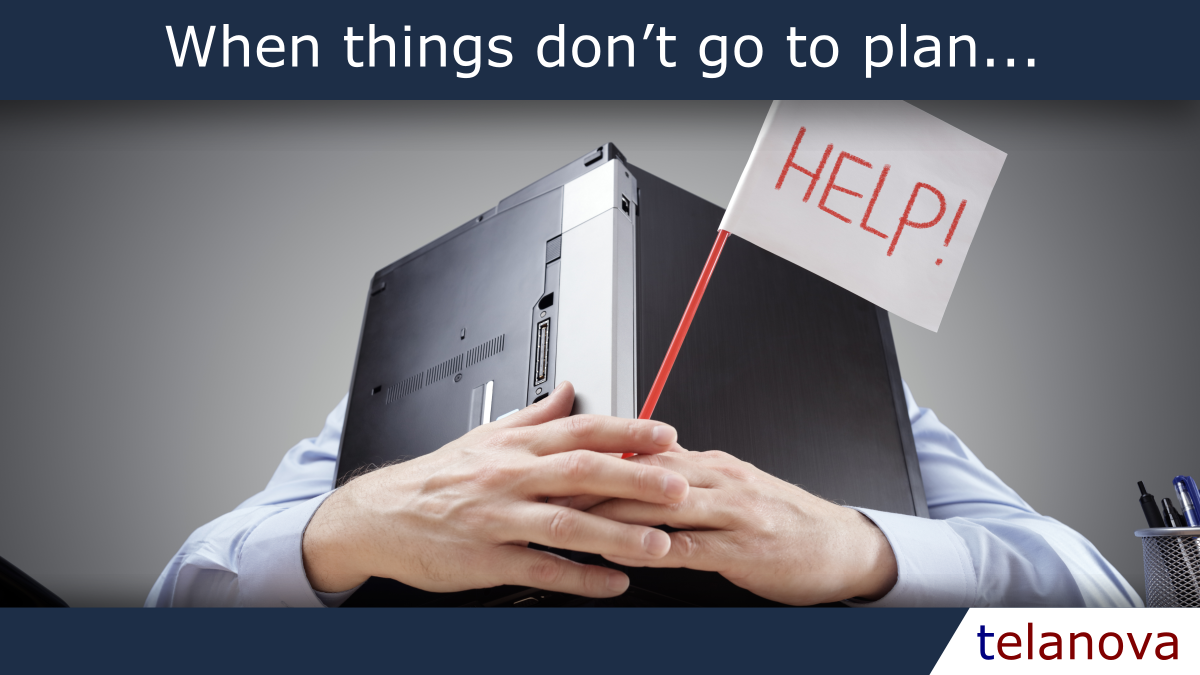 A customer called us who’d just had their office remodelled and realised there had been a miscommunication with their electrician. The customer had asked their electrician to install some network cables along with the rest of the electrical work. His quote specified he was installing the network cables in the wall, but didn’t include the actual network sockets. Unfortunately the customer didn’t spot the omission.

The customer needed to move into the remodelled office within a couple of days. No cabling company would commit to coming out for such a small job quickly. Cabling isn’t our business, but for our customers we go the extra mile. We dusted off our cabling tools and got the job done.

Zero-day exploits and what you can do about them 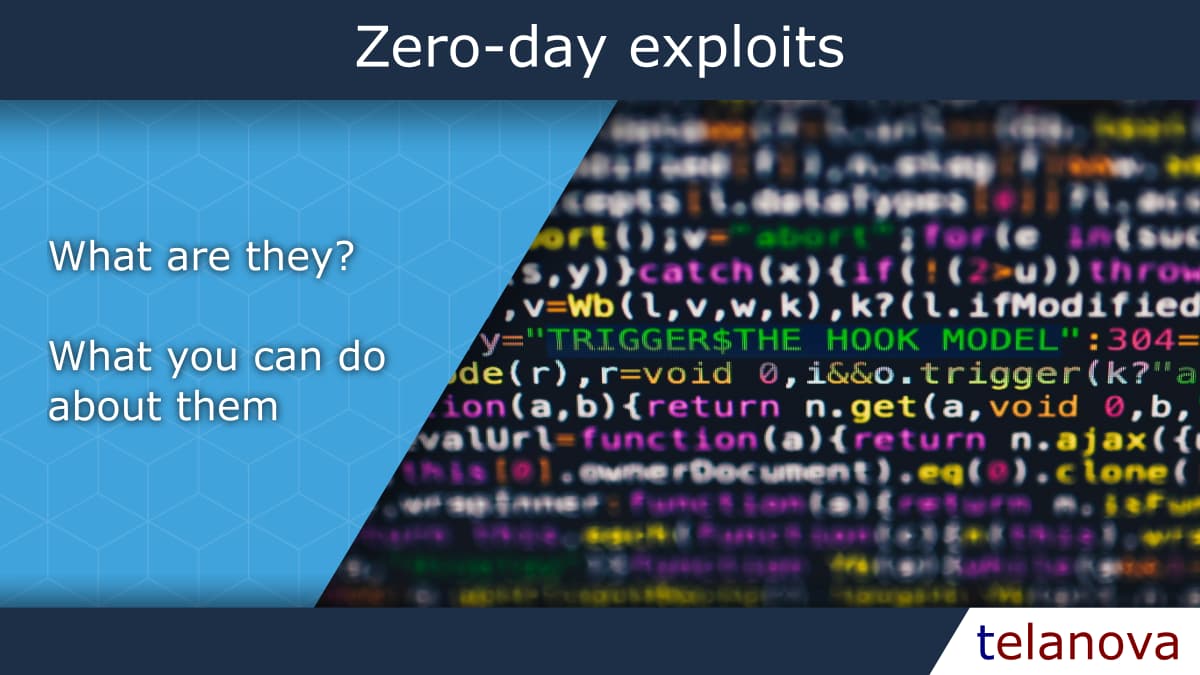 There’s always a gap between the discovery of a software flaw and a patch being released to fix it. A “Zero-day exploit” is when the bad guys exploit the flaw before the patch is available, usually before the hardware or software maker even knows the flaw exists. Antivirus, firewalls, web filtering etc, don’t protect you from them. A recent example was the Exchange Zero-day exploit in March 2021. Thousands of organisations were scrambling around when they discovered their Exchange servers were breached.

With organised crime and nation-state backed hackers on the attack organizations need to switch to a mindset that they will eventually be breached in some way. Organizations need to take steps to limit the damage from a breach. It's a bit like sprinklers, fire extinguishers and fire doors in a building. None of them prevent a fire in the first place but limit the damage.

Every organization is different, requiring slightly different strategies, but some that will apply to all are:

Engage telanova as your IT team and we will advise you on appropriate security strategies for your organization and implement them.

Software As A Service (SaaS)

Software as a service (SaaS) has been around for a while but what is it and what are the advantages to using it?

SaaS is software that is hosted remotely by the vendor and you access it over the internet. Instead of purchasing it outright, you pay a subscription fee to use it.

Choosing the right solution for your business can be confusing. There are some offerings that look like SaaS but aren’t. These are offerings where you remote desktop to a server running conventional software. A good question to ask a vendor is - does this run in any web browser or do you have to use remote desktop? If it doesn’t run in a web browser then it isn't really SaaS.

Talk to the experienced team at telanova, and we can help you to the right solution for your business

I can’t believe it’s not a real invoice! 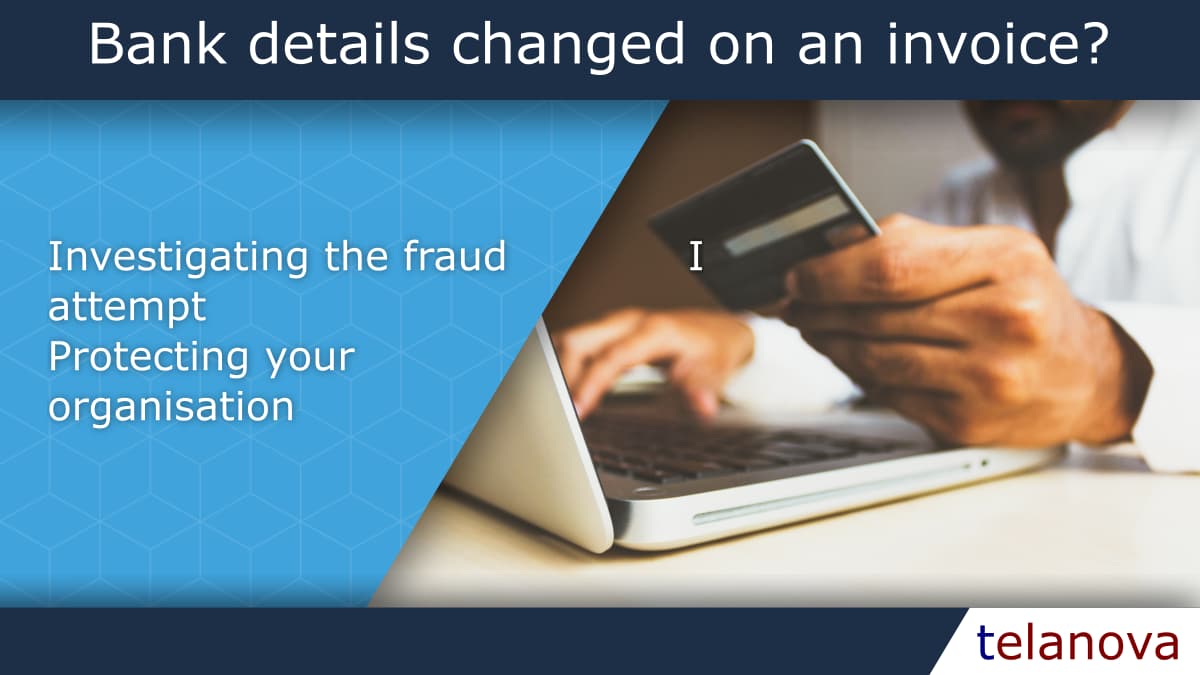 A true story: An employee of a customer of ours recently received a very legitimate looking invoice from one of their suppliers, and at first glance even the email address looked correct. However the bank details were different, the bank was located in Mexico, and on checking the email address closely the domain - the bit after the @ sign - was different.

The customer was concerned that they had been hacked, but we investigated the email chain by checking server logs, security reports and the headers in the email which are normally hidden from view, and were able to confirm to the customer that it was the supplier who had been compromised, and that had enabled the scammer to set up a domain very similar to the real one and use the names of the employees in the emails with the fake bank details.

We analysed the suppliers email system and discovered it lacked even the most basic security mechanisms to prevent spoofing.

Clearly the attackers had access to the supplier’s customer database, as well as a genuine invoice. Although they were using a fake domain that was only one character different from the real one, the invoice and the fake email Footer had the correct details

Fortunately the employee had been astute enough to spot the different bank details, so they didn’t proceed with payment, and then asked telanova to investigate. This is why we recommend to all our customers that they make sure their staff are trained up on cybersecurity, and are constantly vigilant.

Scammers will often try and target times of the day or the week when people may be under pressure to get things done, hoping that they will be less vigilant, so Friday afternoon, month end or year end are sometimes chosen to launch these attacks. The emails may get marked as Urgent! or Final Demand! To try and increase the pressure on the recipient to act without proper scrutiny.

What else can you do to protect your organization?

Microsoft’s Advanced Threat Protection service (ATP) has a feature where you can put your supplier’s email addresses in and it will monitor for attackers trying to impersonate them.

Contact us to put these protections in place for you. 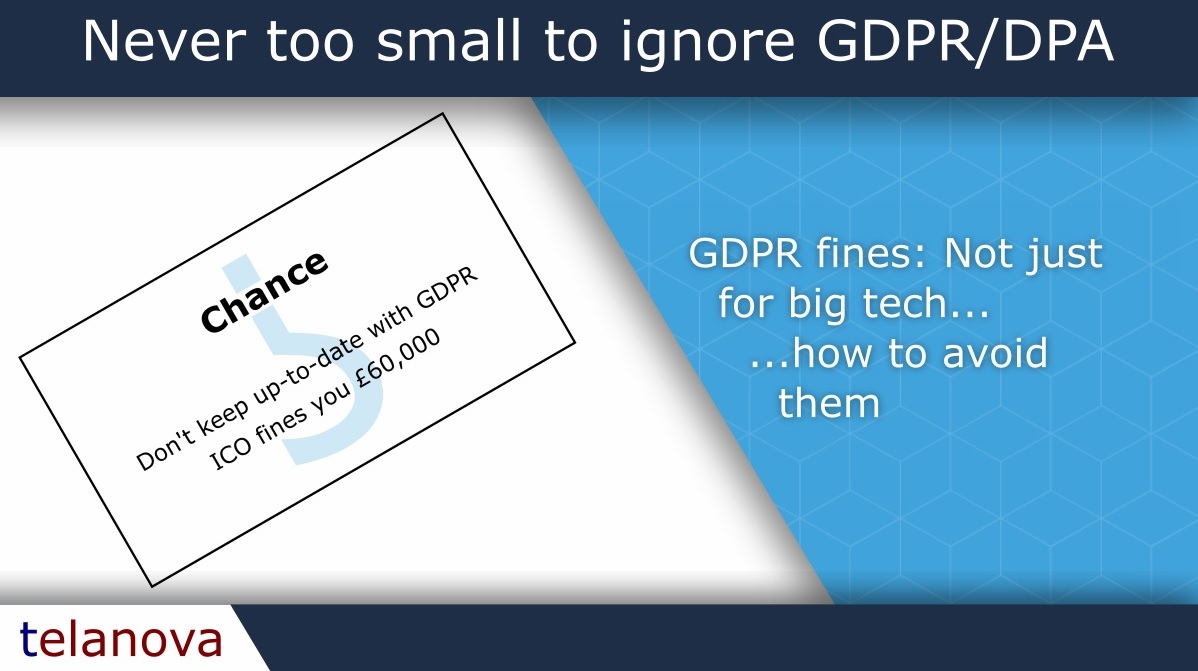 GDPR and the Data Protection Act? That’s for the big kids isn’t it? They’re not going to come after my business?